I ricochet between shoes and brands more than a superball bouncing down the street.  One day, I'm in love, the next, we've broken up or at least I've started cheating on what was previously the best pair of footpods I claimed I ever slipped into.

The Zealots (designed to replace the Cortana in the Saucony lineup) are like a flame that you keep coming back to. Except it's better than real life -- when I rebound, they end up exceeding expectations.

Let's do a simple pro and con first...

Cons:
- not the most attractive shoes
- laceing is off - not comfy pulling much lace tight, so there's not much lace for tying shoes
- could be a tad softer
- with ISOFIT, I need to wear thin Drymax socks or else its not comfortable
- grip has been a little iffy on slick damp pavement (but good on wet)

They seem like they fall between those more popular models in terms of acclaim/popularity. But then I always need to stake out a fringe position.

I just put in an order for a 2nd pair as the new color lines will be out at the end of July, according to Running Warehouse's Saucony page. I sure hope they don't mess with these too much in the next version. 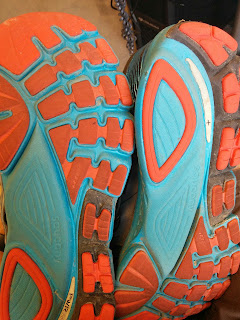 Edit (7/20/15): They still looked swell at 300 miles, but it seemed the cushioning was pretty shot by then.  They probably had another 100+ miles of treadmill walking/elliptical usage in addition to the 300 miles of running, so seems to me I got my money's worth.

Replaced with a new pair that seems a little roomier, with longer laces.  I don't know if some of that's because the old ones shrunk down after repeated sun drying after running or because of alterations in the later production runs.

They also seem a little cushier than the first pair was when I first got them.  I wouldn't describe them as firm -- more like about a 7 in the softness scale (10 most - think Skechers Gorun Rides, 0 least - think a pair of Five Fingers) whereas the first pair was closer to a 5.5.

Either way, I like the new ones quite a bit. 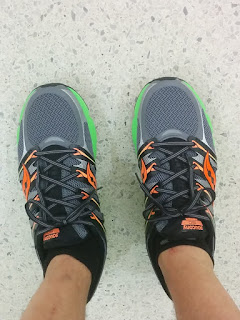