I've had this watch for close to two years, and just discovered two "new" or "hidden" features.

The coolest one is direction - compass.  If you go into activity settings/data screen settings and start customizing, you can find the option to add direction in the menus.  I won't waste my time trying to describe exactly how to do it, but its there. 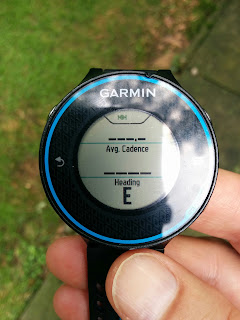 And even better, it seems to be accurate, as I was standing facing where the sun rises over my fence.

Speaking of sunrise, another neat feature is sunset/sunrise.  Could definitely be helpful in an overnight/late afternoon running situation. 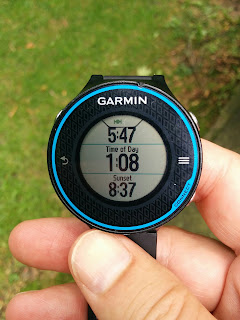 Enjoy those 8:37 sunsets while they last.


Edit:  I was not wrong.  This feature wasn't in the watch from the initial release.  From digging around on dcrainmaker:

Like the FR610, the FR620 does not contain any form of navigational/course routing.  However, unlike the FR610, it doesn’t contain any ‘back to start’ type functionality that the FR610 had around getting back to the start of you run by providing basic compass style directional navigation.  The FR610 also provided current GPS coordinates, which the FR620 doesn’t provide.  Finally, it provided saved locations.  Which also isn’t available on the FR620.
Garmin has stated that they may look to add back some of these features in a future software update, but that they aren’t going to be available for launch.
Posted by 60 at 11:16 AM